I enjoy talking to different DiDi drivers, no matter I am working for DiDi or not, as I would like to learn about how this tool has changed people’s lives. Facing a stranger, the drivers worry little about privacy when sharing their stories sincerely. In different trips, I hear about the drivers’ complaints about middle-school-student passengers’ late appearance, and I also learn about that some drivers love this new technology very much as it gives them both freedom and new job opportunities.

Last night, I heard the most moving story which reminded me a lot of social conflicts and the lives that were possibly ‘ignored’ by the elite.

The driver who sent me back to the hotel last night was a woman around forty. I would call her Zhang here as I did not know her real name. When picking me up along the street, Zhang received a call. She turned on the speaker and kept driving.

“Hello, Mom. Could you transfer 300 RMB to me through WeChat Pay or Alipay? My school asked us to buy……”

“Yes. But…Mom…the teachers said it was highly recommended…could you transfer to me immediately?”

“OK, I see. I am still driving, the passenger is on my car, so I cannot stop to make the transfer for you. Let me do that later!”

Zhang turned off the speaker and ended the call with a sigh. I asked carefully:

“Do you drive for DiDi full-time or just part-time after work?”

“It must be very tough!”

“Yes, but I don’t have any other choice. You know, I am a single mother with two children. I need to earn more in the summer to pay the next term’s tuition for them…But, as you can see, it is getting more and more competitive, and I just earned a little more than 100 RMB this afternoon while my children asked for 200 yesterday and 300 just now. I can hardly support their lives even though I work so hard every day. It’s really embarrassing.”

Fight with a sex worker

“It is really more and more difficult to work as a DiDi driver.” Zhang continued her complaint, “Particularly, some female passengers are really troublesome. I am not discriminating female as I am a woman myself. However, a lot of drivers complained about some female passengers in our WeChat group as the passengers are very selfish and cannot understand the drivers. For example, once a female passenger was going to a restaurant which was just on the opposite side of the road, it would take her no more than 30 seconds to cross the road while she insisted that I make a U-turn hundreds of meters ahead during the rush hour. I didn’t make any money from that order due to the traffic congestion.”

“One day I was serving another female passenger, who was a sex worker. She said she would wait for me at the McDonald’s. When I arrived, she told me on the phone that she was at another place and asked why I went to the McDonald’s.”

“‘Didn’t you tell me to pick you up at the McDonald’s?’ I responded. Then I drove to the address that she provided on the call and waited ten minutes for her coming down.”

“Getting on the car, the girl blamed me for my late arrival. I asked her why she guided me to the McDonald’s in the first call while she was not there. The young lady said she thought it would be more convenient to meet at the McDonald’s. But I thought she was trying to hide her mistake, as the two addresses were totally in two different directions.”

“Later after boarding, the young lady continued complaining: ‘ Why does DiDi send me a female driver? I hate female drivers as they are always careless and inefficient.’ I felt annoyed and said ‘you are also a woman, not?’ The lady immediately got irritated and abused from the back: ‘Fuck your mother!’ I asked who she was abusing, and she said she was exactly ‘fucking’ my mother. Then I slapped her.”

“When we arrived, she called five muscle guys to teach me a lesson. I called the police immediately. The police brought all of us to the police station, and the officer found that the young lady was totally making trouble out of nothing after he learned about the details. The young lady asked for a compensation of 3,000 RMB, and I said I did not have even 30, a sad fact that you could verify by examining my wallet.”

“‘You can slap me back if you wish’, I added. The young lady refused my suggestion. Finally, the police provided a suggestion that I be detained for one week, and the lady accepted this suggestion. Minutes after the lady left the police station, the officer let me go home. ‘I know it’s not your fault. I will call you if the lady comes back.’ He told me.”

“One day there was a heavy rain,” Zhang kept sharing, “my passenger got angry when he arrived and noticed that the trip cost him around 60 RMB. He said it usually cost him 20 RMB, and it was not acceptable even if the increase was caused by the bad weather.”

“‘You should have been noticed that there would be a price increase when calling the car.’ I reminded him. He said he saw that but did not expect such a high increase.”

“‘I could not help you, sir. I was not able to modify the App, and I followed the App’s direction all the way, as you see.’ I responded. The passenger then complained to the DiDi platform, and the company fined me 27 RMB for no reason.”

“I was fined 27 RMB eventually, even though I argued with DiDi. The company favored passengers more than drivers, as it was the passengers who paid for the service.”

“I still remember one time when I was cruising in the downtown and found a toilet after searching for a long time. I saw a ticket on my car when I came out from the toilet, just five minutes after parking. I asked the toilet-keeper for help immediately: ‘where did the police go? I need to catch him and explain to him!’ The old toilet-keeper told me: ‘Lady, you will not be able to catch him in this Hutong area, as the lanes are short and crossed with each other.'”

“I felt very sad at that moment. I went back to my car and cried loudly. You know, the fine cost me 200 RMB, and I earned nothing for my children on that day.”

Hope for the future

“Before working as a DiDi driver, I knew little about the new technology. My friends introduced DiDi to me, and I always refused to learn more about it. Later, I was shocked when I saw one of my friends bought a small house, which cost him at least 300K to 400K, and a Buick car that valued over 100K, and when I learned about that he earned those by working as a DiDi driver. My friend also told me that he borrowed the mobile phones from his relatives to make ‘fake’ orders to earn the cash awards provided by DiDi. I thought it was fantastic even though I did not understand how my friends succeeded in cheating. They persuaded me to join and helped me to install DiDi on my phone. Then I became a DiDi driver.”

“Last time, I was serving a kind passenger. He suggested me to quit as soon as possible as he thought it was too dangerous to work as a female driver. I thanked him a lot. However, I had no other choice even though I also wanted to stay at home to take a good care of my children.”

“Sometimes, I feel really wronged. Many people discriminated us a lot. They purposely made troubles for me, abused me, and called me ‘you fucking DiDi driver’. However, I value it as a normal job, and I earn my life by working hard. Am I wrong?” Zhang looked at me suddenly.

“I also feel proud of my job as a DiDi driver. You know, working for DiDi, I have opportunities to learn about what’s going on in the city and what is the latest technology to make money, and I also know well of the city—where it is often congested, and where it is not. However, friends in my hometown will get lost when in the city.”

When I arrived at my hotel, a thousand thoughts crowded into my mind. I reminded Zhang to add the 5 RMB expressway fee to the bill of my trip. “I almost forget that! Thanks a lot!” She laughed.

Getting out of the car, I wanted to tip Zhang on the DiDi app while I could not find where to make the tip. I left a message for her in the comment box and hoped she could see that.

In fact, millions of such ant-like lives exist in our cities, in a space that the middle-class and the upper-class will never ever (want to) see. These different societies only overlap physically in the city but never get connected. For me and my friends, we share the tickets to the social media once we are fined. However, for people such as Zhang, they cried alone and felt helpless. If people think it is normal to have inequalities in our cities, I believe they are just trying to get rid of the guilty conscience, escape from facing the reasons behind, and refuse to make efforts to eliminate those inequalities.

I do not want to escape. Therefore I learn, I criticize, and I explore any opportunity to make a change. 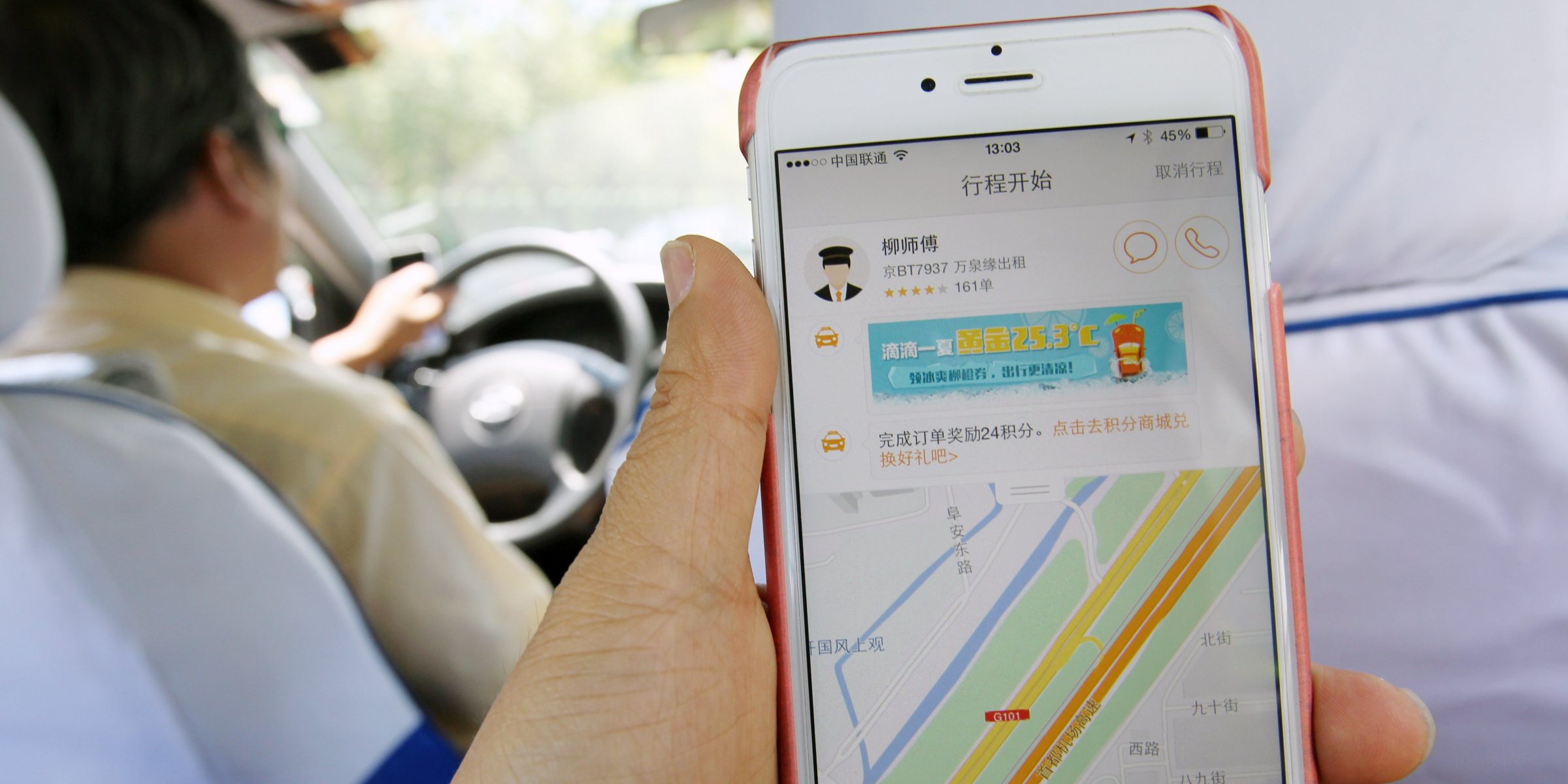 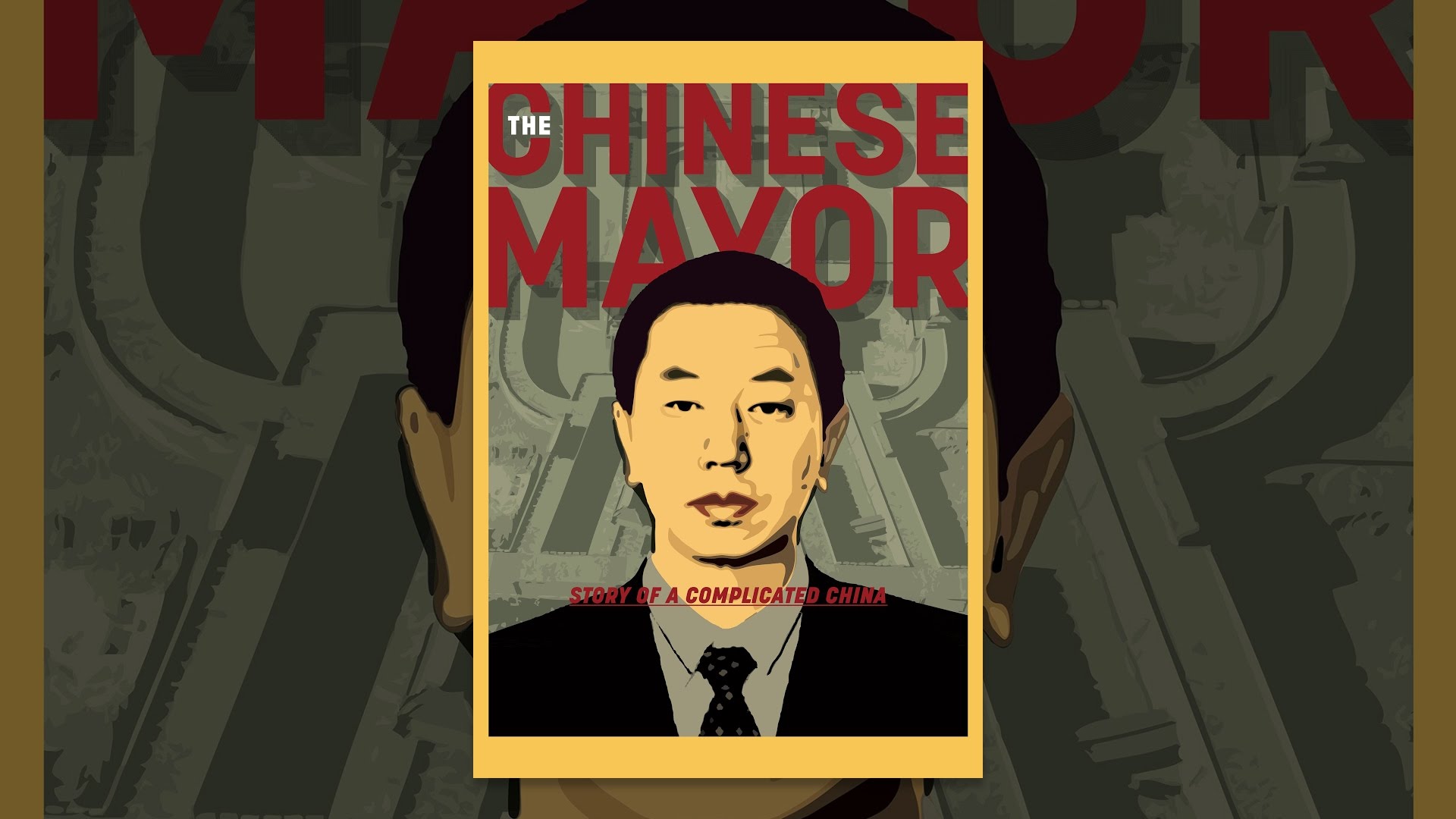