I was watching an episode of a Chinese-version Shark Tank show on my flight back to the States from China. I found many red flags in the startup ideas pitched in the episode, and I decided to write down a list of red flags that I noticed in my VC career.

There are two posts (here and here) that have already covered many red flags identified by the top VCs. Therefore, I am not going to cover many of those “entry-level” red flags such as “founder being slow in replying emails”, “founder not grounded in reality”, and “founders are dating”.

Instead, I will cover the red flags that might be easily ignored. Please be aware that this list only covers part of the potential red flags.

1. Being emotional or irrational under pressure. This is especially a big red flag for those execution-heavy startups that will heavily rely on the founding team’s leadership skills. We could always expect a lot of challenges coming up during the start-up process. If the founders cannot control their emotions well, they might not be able to lead the team to overcome the challenges in execution.

2. Lack of empathy. To me, everything can be changed along with the growth of a company, while there’s only one thing that will not change: the team. If the team does not know how to refine the technology, improve the product, or design the GTM strategy, a lot of external resources can help them. However, if the founding team cannot take good care of their employees and partners by standing in their shoes, there’s nothing that can help. Earning respect from employees, partners, and customers will sharply increase a startup’s probability to succeed.

3. Looking for a quick exit. In some cases, the founders told me that they would like to sell the company in two or three years. However, this does not align with our investment strategy.

4. Unable to pitch the idea/business well. Sometimes, I met some founders who could not describe the value proposition or the business model well. If it is too complicated or too difficult to understand, there might be some problems with the proposition or the biz model itself.

5. Not responding to the key questions. Some founders cannot respond to some key questions such as “how do you differentiate”, “what’s your vision for the company in five years”, and “when do you think it’s going to break even”. There are two possibilities: the founders do not know the answer, or they are trying to avoid answering the questions. Either way is a red flag to me.

6. Overconfident or arrogant. It is not rare to meet founders who are overconfident or even arrogant. As investors, we are not trying to prove we are right through debating but trying to help the entrepreneurs by sharing our insights, since we may have seen more projects than the founders. If we can figure out better solutions, both sides will be happy and benefit from the discussion. However, sometimes it is just hard for some founders to take other people’s advice. This then becomes a red flag to me.

7. Lack of necessary experience or knowledge. Some VCs say that they do not mind first-time entrepreneurs. However, that might work for deep-tech startups, which compete primarily by their technologies, but not for execution-driven startups, which compete by the team. For a B2C startup working in the retail space, for example, it might be a red flag if none of the founders has any experience in supply chain or logistics.

8. Not knowing each other for long/well. For those execution-heavy startups, the founding team matters a lot and is the key to success. If the team members have not known each other well, it might be a red flag, indicating the team might not be able to collaborate.

1. Low traction after a long period of time. The length of time depends on the nature of the business. For a B2B startup, if it has only one customer/pilot after 12 months, this becomes a big red flag. For a B2C startup, we can look into the GMV/revenue/user growth and see if the growth is high or low compared to similar startups. The low traction usually indicates two possibilities: the team is not working hard on selling the product, or the product has been rejected by the market.

2. Lack of paid customers/pilots. Sometimes, a startup can have many pilot customers in its pipeline. However, all of these pilots are free pilots. This can become a red flag since it indicates the customers are still testing the products or they have a low willingness to pay (WTP).

3. All the traction coming from one customer. In some cases, even if a startup receives strong traction (in terms of revenue or usage), the traction actually comes from one single customer. This can be a red flag, as it indicates the product has not been tested by the other customers or the product needs to be highly customized for each customer.

5. High GMV with a low/negative margin. For some marketplace businesses, they may have a high GMV, which looks attractive. However, it is the margin that matters in the end. If the company has not figured out a way to break even or make money, the business might not exist in the near future or need a lot of funding to sustain before it breaks even.

6. Being a traditional business (low risk, low return) instead of a high-growth business (high risk, high return). This is a red flag that I have seen several times. The business itself is profitable. However, it is not really a disruptive innovation but just a traditional business that will not scale up quickly and has low risk and low return. For these startups, I usually recommend they keep their equity and borrow loans from banks or family members.

7. Unclear business model. For some startups, they enjoy telling attractive “stories” to increase the total addressable market size and push up the valuation. For example, a money-losing startup may tell people that in the future they can monetize the data that they collected. However, the data monetization story is highly questionable — who will need those data? How much will the potential customers pay? A lot of questions remain unanswered.

8. Failed/bad precedents in the same space. Sometimes, when I was working on due diligence into a potential investment opportunity, I realized that several potential competitors had existed for 3+ years and were not doing well (e.g. raised only one round in 3 years). When this happens, it indicates some “systematic risks”, and we should think about if there’s anything wrong: if the problem does exist, if the problem is as big as we perceive, if the solution can really solve the problem, or the precedents failed just because of their own team (“idiosyncratic risks”).

9. Limited exit opportunity. Don’t just focus on TAM. In many situations, even if the TAM is big, it does not mean the potential exit look great to investors. Think about where this startup will eventually go — does it really have the potential to go IPO? Or will it most likely be acquired by an industry player? If it’s an acquisition, who will be the possible acquirers, and how much do the acquirers usually pay for this type of technology? Particularly in the deep tech space, an acquisition is more likely to happen than an IPO. And the exit value heavily depends on the potential acquirer.

1. Not closed for a long time. Almost everyone knows this is a big red flag, as it indicates the company is facing difficulties in convincing investors to put money into the business. How long is “long”? It really depends on the market. Usually, not being closed in 4 to 6 months can be a big red flag.

2. Not being transparent. In some cases, the numbers in the deck are either too high or too low, as the team only uses the numbers that will support their story. However, it is not a good practice since the investors are also smart and will verify the numbers during their due diligence. Manipulating numbers is just a waste of time for both sides.

3. Too aggressive for funding and valuation. It is not a good look if the team is looking for a lot of money for no reason at an early stage and at a very high valuation. This may indicate the team wants to create a bubble or the team is inexperienced.

4. A long gap between two rounds. Startups will usually raise for 12–18 months and set up some milestones between the two rounds because the team would like the company to be re-valued and recognized in the new round (at a higher valuation). However, if there is a long gap between the rounds, this might be a red flag that indicates the team cannot accomplish those milestones or the team/product is not competitive any longer.

5. Having been founded for too long. When a startup is raising its seed round and we found it was founded about 2 to 3 years ago, this usually becomes a big red flag. For deep-tech-driven startups that require a lot of R&D time to prepare the technology, the right time will be less than 2 years. For execution-driven startups (most B2B, B2C startups), the right time will be less than 12–18 months. If the company has not raised any funding after 18 months since its foundation, this indicates two possibilities: the team is not working hard on it to make progress, or the team cannot convince investors to put money into their venture.

6. TAM being too big or too small. Usually, investors will not take the TAM (total addressable market) numbers on the deck seriously, as the number might be exaggerated. Therefore, if the TAM on the deck is too small, investors will believe the problem that the business is trying to solve is really small. However, if the TAM is too big (e.g. tens of billions), I will perceive that as manipulation, which indicates the founders are not being transparent, direct, or honest.

7. Spending too much effort on the deck. This is not a big red flag, but I might feel uncomfortable when seeing a McKinsey-style deck — it indicates the team has allocated too much of their limited resources to the deck and the team is not focusing enough on the key issues.

8. Not spending enough effort on the deck. For some B2C startups, I can hardly believe the team can build a product that will be liked by the consumers based on the deck the team presented. If the team cannot build a good-looking deck that tells a clear story in a fluent way, how can we trust the team can win the consumers?

3. Lack of reputable co-investor. It is at least not attractive to me if all the co-investors are small firms that people never hear about. I always assume the startup can access all the VCs. If none of the reputable VCs puts money into this company, this might become a red flag.

Keep in mind that none of these red flags is a hard NO. However, if we see many of them in a startup, we might want to be careful about our investment decisions. 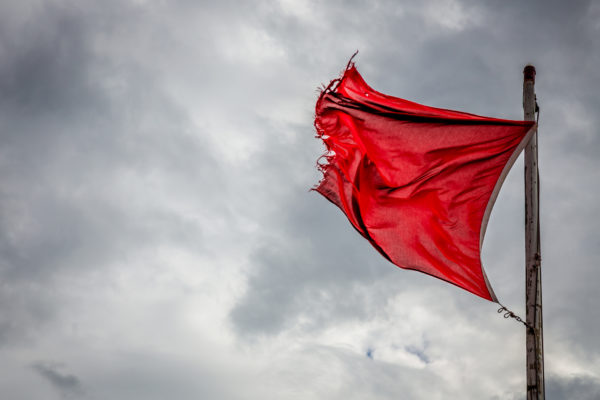 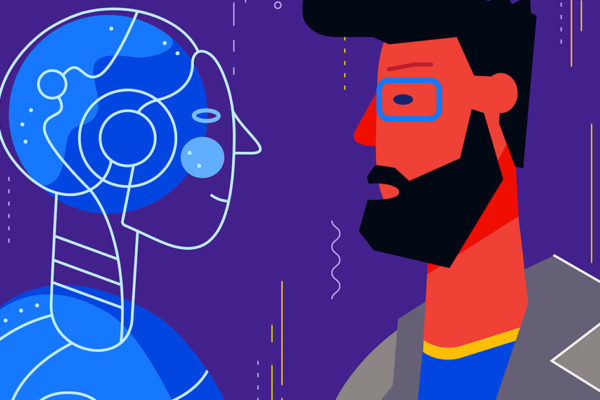 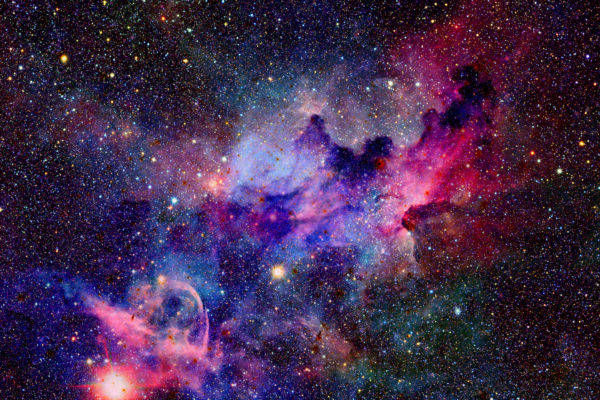